I went to Snowdonia somewhere in November. This is near Dolbadarn Castle in Llanberis – yes, the unwieldy names add to the charm.

This is my best stab at a Beach House album cover. I couldn’t resist trying, with the candles and plates laid as they were. If I recall correctly this was taken in a house that was displaying what life was like in the past – can’t put a decade to it though. 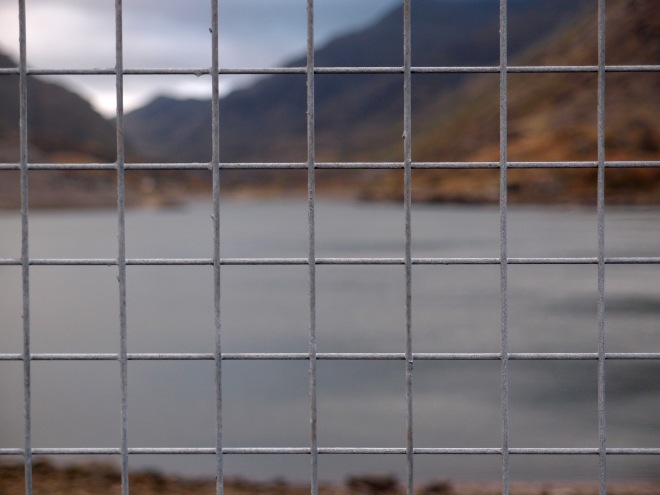 So, what’s holding you back? 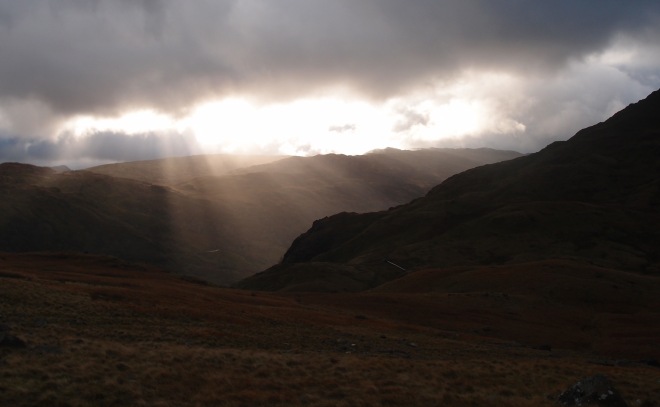 We didn’t get the best weather possible, but intermittent light is preferable when it looks like this.

The random houses and ruins dotted along the path added to the mystery. 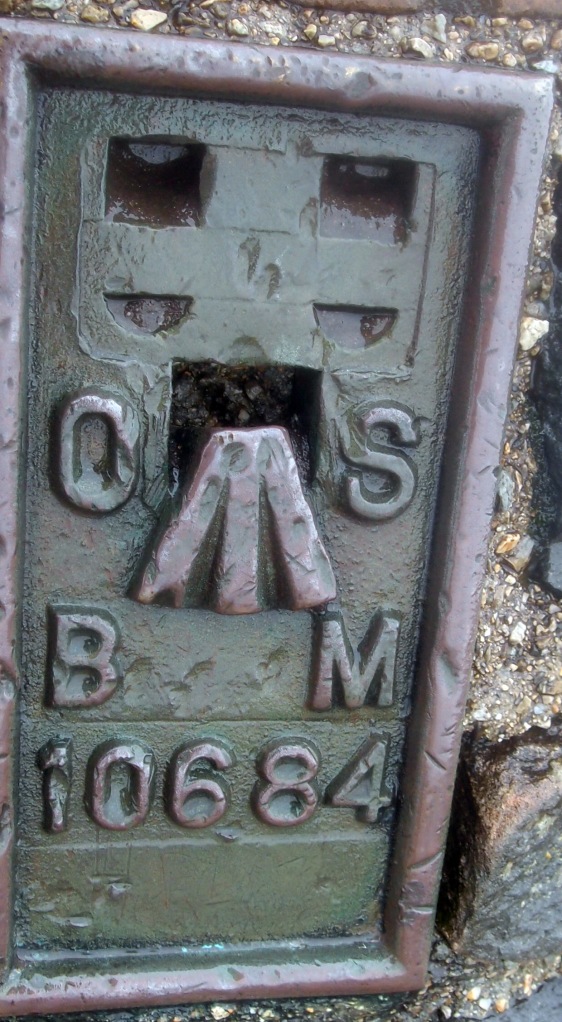 Proof that I reached the top (though I suspect this was never in doubt in the first place) – a benchmark! 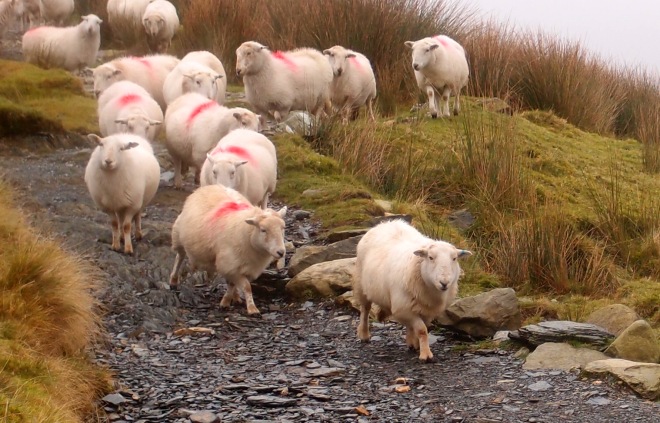 So, I was listening to a narration of Animal Farm yesterday. I got as far as Old Major’s death. Humankind is that impatient with animals. 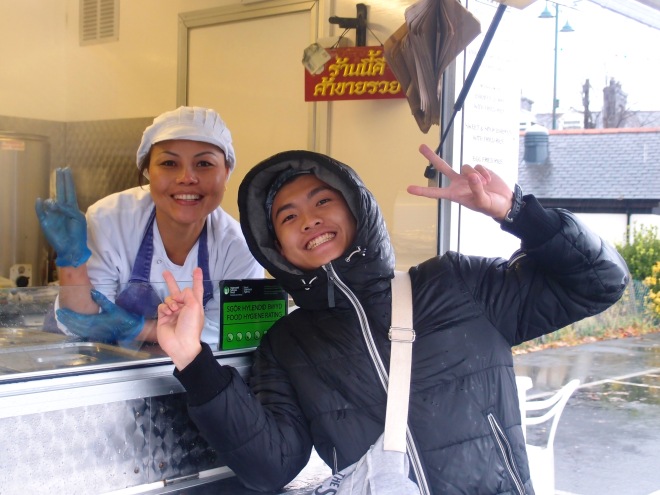 Very authentic (and may I add, tasty) Thai food in Porthmadog!

Blaenau Ffestiniog, the Victorian slate capital of the world, now with a much smaller population. A dark atmospheric town. 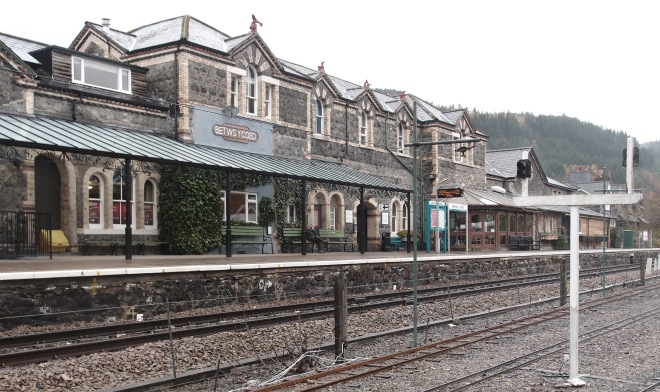 Betws Y Coed railway station. This picture is entirely pointless, because we took a bus there.

These woods look like they could be used in the stereotypical horror films run-in-the-woods scenes. I was too afraid to venture in to take a better picture. 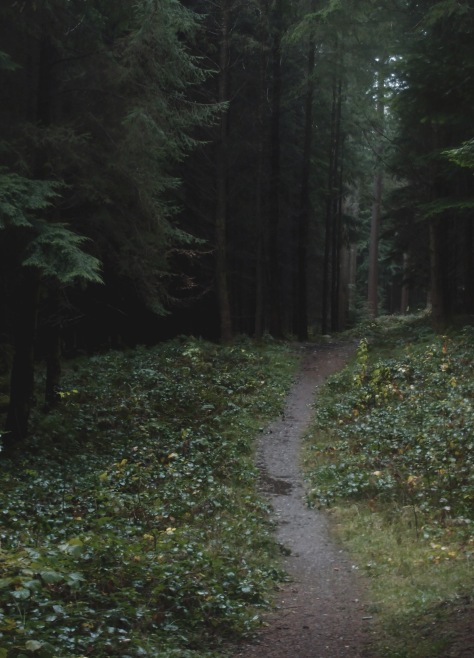 Can I add that this is my favourite picture of the trip, and perhaps of all time? I admit to increasing the contrast and saturation slightly though.

It was rainy the three days we were active. Of course, the best weather had to come on the day we were leaving. 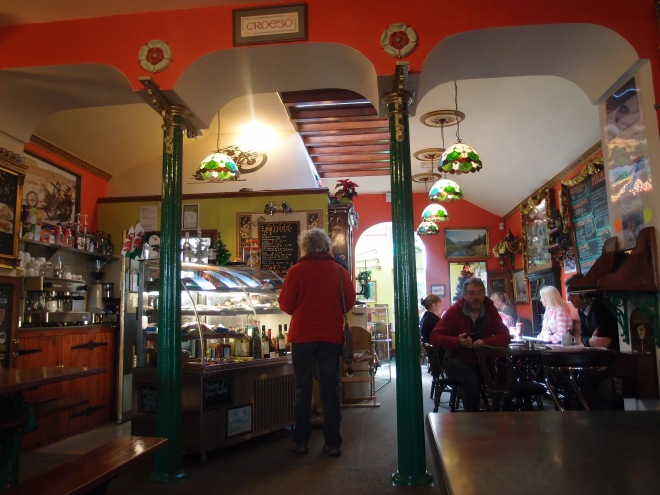 When I travelled last academic year, I hardly took the time to space out in a cafe, enjoy a book and even people watch. I think I’m doing it quite different this year.

← A little on the by-election
Phonying and Challenging →